The foreign interest in the housing market in Turkey continues to break records despite the rising prices and inflation. Foreigner record sales set a new high with nearly a 40% year-on-year increase in April.

According to Turkish Statistical Institute data, foreign housing sales jumped by 58.1% in April compared to the same month the previous year, reaching 6,447 units. The share of total house sales to foreigners was 4.8%. The monthly share of sales of foreign property in total set a new high with this ratio.

Even though Antalya had the biggest share of overall sales in foreign housing, the arrival of Russians and Ukrainians from the region where the war occurred increased attention to the interest in foreign property for sale.

The rate of interest from foreign buyers also contributed to the spike. In particular for Russians who more than doubled their housing purchases compared to the previous month as they sought a financial sanctuary. While home price hikes in Turkey have remained at record levels, the largest price increases have happened in locations with high foreign interest.

Following the recent political crisis and the invasion of Ukraine by Russia at the end of February, many Russian residents seeking a safe haven for their personal assets turned to Turkish property for sale to foreigners in Istanbul and Antalya. 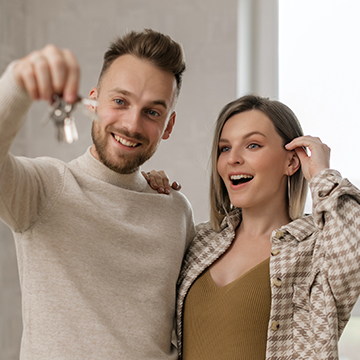 Hence, the highest housing sales were made to Russians in April. Many property companies report that Russians are pouring money into real estate in Turkey, seeking a financial sanctuary in the aftermath of the invasion and western sanctions.

Many Ukrainians fleeing the fighting have gone to join their families in Turkey, while others have chosen to rent or buy real estate. They have increased their acquisitions, purchasing 263 residences in April, an almost 186% rise from 92 residences in the previous year.

Highest Foreign Sales Made in Antalya

While the proportion of house sales to foreigners set a new high in April, foreigners purchased one out of every four houses sold in Antalya.

Istanbul ranked first in house sales with the sale of 2,564 houses to foreigners. Antalya was followed by 1970 house sales, and Ankara with 333 house sales. However, foreign interest in Antalya real estate sales has outpaced that of other cities in terms of proportion.

In April 2022, a total of 8,076 houses were sold in Antalya, with 70 of these properties sold to foreigners. With 24.3%, Antalya became the province with the biggest share of foreign house sales. In other words, foreigners purchased one out of every four houses sold in this province.

The average housing price in Antalya in March is 1 million TL. This rate is expected to rise even further as a result of the post-war Russian and Ukrainian interests.

The prices of houses for sale in Antalya jumped by 142% in March. A 100 square meter residence in Antalya costs an average of 1 million TL, according to BETAM data.

Antalya remains the number one destination for property purchases by foreigners, as there are many excellent reasons to buy property for sale in Antalya for foreigners.

In addition, the requirement of getting citizenship through the sale of housing was altered last week. The Turkish citizenship program by real estate investment was launched in 2017. After a year, the minimum investment for citizenship was cut from $1 million to $250,000. It has now been upped to $400,000.

This is effective as of June 13th, 2022, so now would be considered the best time to get citizenship by property investment. Contact us now for more information.