While many see Turkey’s economic position as a crisis or recession due to increasing prices and high inflation, foreign real estate buyers and investors getting advantage of the stagnation of the country's economy. The latest data proved the foreign buyer interest in Turkish properties by a %57.4 increase in house sales to foreigners, compared to the same period of the previous year.

According to the latest house sale statistics published by the Turkish Statistical Institute, during the January-July period in 2022, 39 thousand 322 houses were sold to foreigners, which is %57.4 more than the same period in the previous year. The data shows the increasing foreign demand for Turkish properties is still in effect.

Antalya has the most foreign house sales in the first seven months of 2022. Despite the main source of the property demand of foreigners in Antalya being the ongoing war between Ukraine and Russia, there are also a lot of buyers from other countries.

While the Russian buyers, who had first place on the data published in the first quarter of 2022, still have the first place in house sales to foreigners in Turkey, they are followed by Iranian and Iraqi buyers.

High Interest from Russians is Ongoing 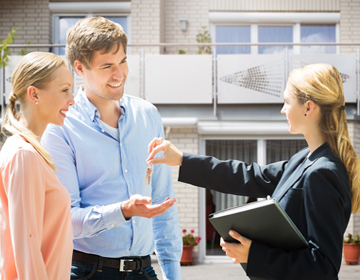 The political crisis that turned into an invasion of Ukraine by Russia in February increased the Russian and Ukrainian demand for Turkish properties, as the Russians tried to move their wealth to the safe port, Turkey. One of the first choices of Ukrainians also who were fleeing from the war became Turkey.

While the Russians have the most Turkish property purchases with 1028 houses, they are followed by Iranians with 431 houses, and Iraqis with 380 properties in July. The number of houses bought by Russians was only 365 in July 2021, it is more than 3 times now in the same month of this year. They also got the bigger portion of foreign sales with 6.877 sales of 39.729 total sales in the January-July period.

The Ukrainians also nearly tripled their house purchases. While it was only 591 during the same period in 2021, it is now 1.352 in the January-July period of 2022.

Antalya Has the Highest Foreign Sales

Even though Antalya is second on a long periodic basis, the latest TUIK statistics showed that Antalya become the prime location in foreign house sales with 1.421 houses in July. The foreign house sales in Antalya were only 931 in the same month of 2021. In July, Antalya is followed by Istanbul with 1.154 sales, and Mersin with 289 sales.

The total house sales in this period of January-July was 93.902, which was 39.729 of these sales were made to foreigners.

Property Prices in Turkey are Rising

Although the foreign house sales are increasing, the total house sales in the real estate market of Turkey are decreasing. The total sales number is 93.902 in 2022, which was higher in the same period of 2021 with 107.785 sales.

The most increase in house prices is in the southern part of Turkey, with a %200.2 rise in Antalya and its surrounding cities in June 2022. Antalya is followed by Istanbul with an %184.9 rise. Despite of highest rise rate, Antalya still offers better prices by 15.781 TL per sqm than Istanbul’s, which is 21.328 TL per sqm. The reason for the decrease in house sales is inflation and price rise in the market, according to market experts.

According to Ömer Faruk Akbal, the chairman of the management board of Overseas Real Estate Promotion Association (GİGDER) in an interview with Emsal.com; Akbal points out the foreign demand for Turkish properties is last on the list of why property prices are increasing in Turkey. According to Akbal, the more realistic reasons for the increase in property prices are the post-pandemic global economic crisis that also affects construction costs, the global political instabilities, and the results of Russian military intervention in Ukraine, which transformed into a territorial war. Also, Akbal describes the results of the war as a chain reaction, from starting to affecting the global supply chain, economic sanctions, and to internal and external migrations. To read more of Ömer Faruk Akbal's interview including house sales to foreigners in Turkey.