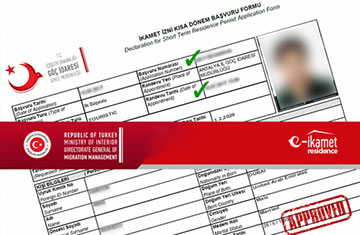 The government extends the residence permit in Turkey from three months to one year for house buyers from overseas with a law change, aiming to eliminate obstacles in front of the foreign property buyers in Turkey.

Residence permits for foreigners that buy real estate in Turkey will be extended from three months to one year, according to an announcement in the Official Gazette.

How to Get a Residence Permit in Turkey?

Foreigners who buy real estate in Turkey are allowed to obtain residence permits of one year at most, according to new legislation on the Law of Foreigners and International Protection.

Residence permits have been the main hurdle for foreign buyers who plan to buy property in Turkey. According to previous regulations, foreigners can stay in the country for a maximum of three months on a tourist visa, after which time they must leave the country for another three months before returning. The process to obtain a residence permit can also be exhaustingly long.

The sector has witnessed an increase in foreign real estate acquisitions since the enactment of a bill last year that removed the condition of reciprocity and eased restrictions on the sale of land and real estate to foreign citizens and firms. The reciprocity law had meant that a foreign citizen or firm was only allowed to obtain property in a country if citizens or firms from that country can do the same in the buyer's country of origin.

Foreigners from different countries have bought almost 11,000 properties across Turkey since the reciprocity law came into effect nine months ago, according to data from the Environment and Urban Planning Ministry. In May alone, foreign real estate acquisitions in Turkey reached $1.1 billion, four times the total amount in 2011. Germans ranked first among foreign citizens purchasing real estate in Turkey, with 2,557 sales.

The government aims to boost foreign investments in the real estate sector further by backing the reciprocity law and expanding the period of staying in Turkey with a tourist visa as well as easing the procedures for a residence permit.

This new regulation should be promoted to foreigners, said Yusuf Hızarcıoğlu, the Turkey representative of the ninth International Property Show that will be held in Dubai between April 30 and May 2. Hızarcıoğlu said they would notify participants about the change in residence permits to participants looking to purchase real estate in Turkey.