Golf is said to be the game of nobles. Over a period of time, the game has developed into a craze for players from all over the world. In 1958 The International Golf Federation was instituted. The sole aim of the setting up of this body was to promote awareness and game spirit among the people. After decades the game has been widely played in almost 110 countries around the globe. The federation has been recognized as the representative of the golf sport by the International Olympic Committee. Though the federation does not have a large organization, yet with the help and cooperation of national bodies of many countries, the federation has been successful in the promotion of golf on a wide scale. The federation was renamed as World Amateur Golf Council in 2003. The sole purpose of the federation is to organize amateur competitions for men and women after every two years. The body tried to get the golf included in the 2012 Olympic Games but could not get it approved. However, the International Olympic Committee has accepted it to be part of the 2016 Olympic Games by 63 votes in favor and only having 27 against the proposal. 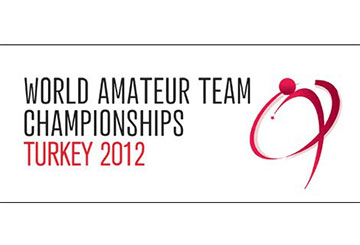 Besides many other golf-playing nations, Turkey has come a very long way ahead. Turkish Golf Federation was set up in 1996 with a view to promoting a healthy environment for the promotion of golf in the country. The organization has provided a unique playing and learning atmosphere to the young golfers by arranging wonderful events in which thousands of amateur players from around the world participated. For the last fourteen years, the federation has been able to organize around 70 tournaments at national and international levels. It has promoted a number of facilities, training infrastructure in the country. 4500 golfers are said to be certified since then. Due to these restlessly pursued efforts, Turkey has achieved the status of the most speedily emerging golf country in Europe.

World Golf Amateur Team Championship 2012 is announced to be held in Belek town, Antalya, Turkey. This milestone achievement by the Turkish nation is clearly indicative of the commitment shown by the Turkish people for the promotion of golf in the country. 70 Million population is mainly comprised of the young generation who loves to watch and play golf as a sport. Holding this mega event will boost the efforts of the federation in creating a healthy and conducive environment for learning and witnessing golf.

One estimate has predicted the participation of 1500 players in the championship. Quite a large number of spectators are also expected to visit Turkey during the competition. Successful arrangements of this mega event will help the Turkish nation in attracting the world's focus on her. This will also provide the chance to the nations to come and witness the matches that are trying to win the host status for the next competitions.

For awarding of host responsibility of World Golf Amateur Team Championship 2012 ballets were held at the International Golf Federation. Turkey has been able to grab host status by obtaining 76 votes out of a total of 92. This has been the largest approval vote ratio achieved by any country for arranging the event. Belek has been earmarked for the tournament by the authorities in Turkey. Belek is called a dream city for the golfers. Turkish golf federation has the unique honor to be the youngest body to manage such a championship. For the competition, superb golf courses preparation are underway in Turkey.

Antalya, Turkey has been selected as the scene for the 2012 World Amateur Team Championships, the International Golf Federation (IGF) confirmed after the conference. The 25th women's championship for the Espirito Santo Trophy &amp; the 28th men's championship for the Eisenhower Trophy will be held in September of 2012. The main motive for the choice of the Turkish Golf Federation has been the acknowledgment of the sustained and restless endeavors being put in by the organization for the growth of this amazing sport in the country. The advancement so far made has no match with any of the existing nations playing golf. The other nations which place the bids to get the rights of hosting the championship comprise Italy and Austria.

For the World Golf Amateur Team Championship 2012, three state-of-the-art courses have been selected by the authorities. These are Cornelia Golf Club, Gloria Golf Club, and Antalya Golf Club in Belek town of the Mediterranean province of Antalya. Antalya Homes sells Belek real estate around these golf courses.

Turkish golf federation president has expressed his joy over the decision. He has articulated his sentiments in a very graceful manner. Due to this championship, he expects that a great number of young golfers will pay attention to the game. The number of golf courses is likely to take a giant leap to increase every year. The Championship will be played with 72 holes stroke play. Each team will consist of three amateur players. Now all eyes from around the globe have been set on Turkey as to how the world's youngest golf federation is going to hold such a mega event with success and valor.