German Retirees are Suggested to Spend Winter in Turkey

The chairperson of the German Association of Independent Travel Agencies, Marija Linnhoff, suggested that pensioners should travel to the southern countries for winter in order to save and preserve energy.

The relations between Russia and Ukraine which went downhill in the past few months affected the European countries adversely. Russia, as one of the biggest gas vendors in Europe, occupies 55% of Germany’s imports in 2021.

The recent elevation of gas prices alerted the authorities in Germany. Marija Linnhoff, the chairperson of VUSR (German Association of Independent Travel Agencies)  suggested that it would be beneficial to solve escalating gas prices and energy consumption if seniors would travel to southern destinations like Turkey.

A Dream Come True: Retiring in Turkey for Expats 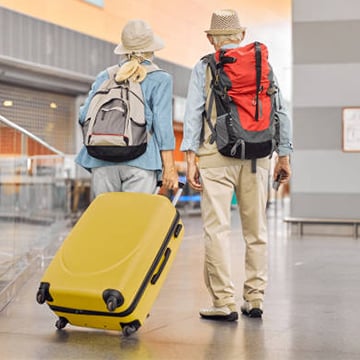 Living and retiring in Turkey is a dream come true in many aspects because life in Turkey is pretty comfortable. Even in cozy small towns, places like street markets, shops, and hospitals are easy to reach. While retiring in Turkey costs of living are also relatively lower in comparison to other countries with similar living conditions.

Especially there is a wide gap between natural gas prices in Turkey and other European countries such as Greece, Italy, France, Slovenia, Switzerland, Bosnia and Herzegovina, Croatia, etc. For example, Turkey natural gas prices are 1.354 per liter while it is 1.935 in Italy, 2.152 in Germany, and 2.293 in Greece.

Other than the affordability, this welcoming country offers a high-class and joyful lifestyle filled with sunshine. The beautiful surroundings, convenient environmental conditions, and nearly 300 sunny days are the main highlights of the gorgeous towns of Turkey.

If encouraged, this implementation can even strengthen the touristic activities between Turkey and Germany. In 2021, 25 million foreigners visited Turkey and the number of German travelers reached 3 million. According to the data released by TÜİK, 92.284 German expats chose to live in Turkey in 2021.

Most of the German population in Turkey concentrates around coastal regions such as Alanya, Belek, and Bodrum. The Mediterranean and Aegean districts stand out as the best places to retire in Turkey because of the great living conditions, healthy cuisine, wonderful climate, breathtaking natural beauties, and well-preserved historical monuments.

Take a look at Turkey real estate to find your holiday home to explore the wonderful life under the sun!