During the year 2011, Foreign Direct Investment (FDI) in Turkey's real estate property section was found to be summed $200 million, which has been the highest amount of incoming capital that was recorded since the preceding eight quarters. Also considering the information provided by "Real Estate Sector in Turkey and the World Second Quarter 2011" confirmed that the foreign investment into this real estate field has comparatively multiplied twice as much now as in the first half of the current year. The investment from the foreign investors in the real estate region has amazingly reached up to $292 million in the first of the year and the total value of real estate sales to foreigners has gone up to $1,242,000. The focus is to find out the reason why investment in properties in Turkey generates such a great amount of foreign investment in Turkey. 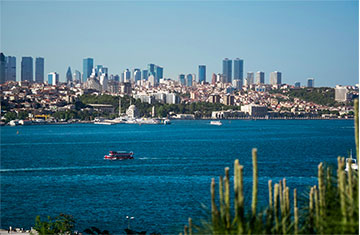 It was also found that in the second quarter of the year foreign investment increased as well as the real estate sector in the commercial property also produced great growth in the economic developments, which turned out to show the affirmative progression of the economy. The offices and shopping malls market has also contributed to this sector extensively giving positive results in return. As the amount of Construction Permits being issued for industrial building, warehouses increase also added to the increase in investment in the real estate sector. Office buildings are also being granted many permits, which are increasing the office sector investments. Shopping center investments are also increasing which means that more and more shopping malls are being built in Turkey. The growth in the purchasing power of the buyers and the change in the preferences of the consumers of the middle-class sectors have created investments in this sector and increased the amount shared in the retail sector.

Turkey is considered to be entering the EU that means that Turkey is supposed to stay a property interest for investors for many years. In addition, Turkey is considered to be initiating the property boom right now with the economic cycle is becoming strong and the Gross Domestic Product (GDP) growth is becoming stronger as well. The amazing beaches and climatic conditions make it one of the finest vacation destinations that can be visited. There are also outstanding front-line properties, which carry first-rate value for money with high potential for capital growth in Turkey. Summers in Turkey are much prolonged than in other destinations in the EU, which means that more people visit and want to stay in Turkey rather than somewhere else due to the weather conditions.

The population is another significant reason for the people who want to make investments in the property of Turkey.

This is would generate huge internal real estate investment in Turkey. The population in Turkey tends to grow 2% per annum, which means that there are many younger people in the population range resulting in creating a powerful local market for investments in Turkey. It is also considered a perfect tourist attraction, which highly boosts up the real estate investment market and produces possibilities to buy and sell properties. The lower cost of living and the summery weather, which stays for longer, makes it the best choice for many Europeans. The modern infrastructure that is offered by Turkey also generates investment and the World Trade Organization considers it. The prices of the land are also increasing because the market is under movement. Moreover, no capital gains tax was issued after the period of 4 years.

Investment property of Turkey is not just considered intriguing to the ones searching for great returns but also to those who desire the lower cost of living and generous people to live with which is why Turkey is considered the best location for buying homes for your holidays. Turkey attains many factors, which give rise to reasons for investing in the property of Turkey. As currently, Turkey is under great development and growing rapidly. It is also a famous tourist attraction and property can be bought near wonderful locations like Aegean and Mediterranean coasts, which give the investors or people their preferred weather conditions and season. Prices are also increasing in European countries, which results in a greater investment in the property of Turkey and makes it more beneficial for the investors or buyers.

"Turkey is considered to have the potential for property investment and which is why it has successfully been able to receive a tremendous amount of foreign direct investment. It is also expected that after the country will enter into EU the property prices will further increase and making it the best time for investors to invest in the real estate sector."