After the global pandemic in 2020, disruptions in supply chains triggered an increase in inflation around the world. International financial institutions such as the International Monetary Fund and the World Bank have made warnings about inflation which is expected to increase each passing day due to high energy and food consumption. 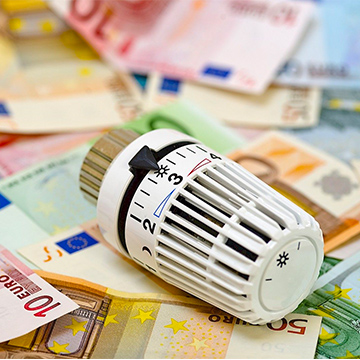 Due to the rising costs of energy supplies in Europe, there are growing concerns that there will be a shortage of natural gas and fuel sources, especially in the upcoming winter season.

Among the solution-oriented suggestions on the Europe energy crisis, a headline in Germany's Bild newspaper attracted a lot of attention. The news suggests that retirees who are living in Germany should spend the next winter season in the southern countries with warmer climatic conditions and low costs of living, such as Turkey.

While the concerns about the cold winter season grow rapidly in the event of a decrease in natural gas supply, this solution method also brings with it a great investment opportunity to buy a house in Turkey.

Within the proposal published in Bild newspaper, Antalya stands out as the best city to retire to because of its wonderful environment, warm climate, and natural beauty. One of the most popular tourist attraction centers of the Mediterranean, the island of Cyprus also comes into mind in terms of lifestyle quality.

Because of the hard times that they go through due to the energy crisis and inflation, European retired residents may consider buying property in Turkey for permanent living, for a profitable investment, or for spending the winter seasons comfortably by benefiting from the wonderful climate of Turkey.

Why Is Antalya the Most Ideal Place for Wintering?

Antalya is a southern city that stretches through the Turkish riviera. This magnificent Mediterranean city has one of the warmest climates in Turkey. The city offers luxury and comfort altogether with its unique natural beauties, healthy environment, ancient cities which were occupied by the greatest civilizations thousands of years ago, crystal clear sea, and sandy beaches.

Here are some reasons that make Antalya the most ideal city to live especially in the winter season;

• Antalya has an average of 300 sunny days per year.

• According to the index made by the General Directorate of Meteorology under the Ministry of Environment, Urbanization and Climate Change of the Republic of Turkey, the annual average temperature in Antalya is 18.8 degrees for the last 30 years.

• Antalya is one of the unique cities with active tourism throughout the year. It is possible to swim in the Mediterranean sea for at least 9 months of the year from the shores of the city.

• The annual average water temperature in Antalya is 21.5 degrees. In winter, the temperature of the sea does not fall below 16 degrees.

• Summers of Antalya are long and hot and it has a mild climate in winter. The locals of the city are not exposed to the cold winter climate in any season.

• Due to the favorable climatic conditions, natural gas and central heating energy system is not necessary for Antalya in the winter. During the short mild winter months, locals generally use air conditioners to warm up their homes for an average of 2 months a year.

Why Did Bild Newspaper Recommended Antalya for Europeans to Spend the Winter?

The cost of living in Antalya Turkey is relatively low. According to the research conducted by the German news site Chip.de in comparison to 575 cities, Antalya was chosen as the second best place for German citizens to live after retirement.

The low living expenses make Antalya a primary choice for Europeans whose quality of life is affected by the increase in energy costs due to the Russia energy crisis.

For example, in Germany, heating costs per capita have more than doubled due to the issues of supplying gas and heating oils. New calculations made by the General Association of the German Housing Industry (Gesamtverbands der Deutschen Wohnungswirtschaft (GdW)) show just how bad the situation has gotten.

Axel Gedaschko, President of GdW, has stated the seriousness of the situation by saying that: “According to information from various energy providers and research by GdW, price increases for all energy sources are likely to range from 71% to almost 200%. There will be a massive burden on all households in Germany. Residents with lower incomes won’t be able to afford such additional payments.”

According to Bild.de, the potential costs might be as follows:

The Monthly Energy Cost in Antalya is Only 34 Euros!

Unfortunately, these numbers show a pessimistic picture for the upcoming winter season in Europe. The government leaders, representatives, and non-governmental organizations in Germany and Europe are trying to find solutions for an increase in energy costs.

However, it is clear that there may not be a quick solution in the near future. On the other hand, Turkey's southern settlements such as Antalya and Cyprus open the doors to a more prosperous life in terms of energy and living costs. Especially in Antalya, almost all of the households provide most of their energy including heating by electricity.

An interesting picture emerged in the research conducted by Antalya Homes on the energy costs of people living in Antalya. The Chamber of Electrical Engineers (EMO), the most important authority in Turkey in this regard, stated that the average monthly electricity usage of a family of 4 people is 230 kWh in standard living conditions. Considering the periodic use of extra electricity for heating in Antalya, an average of 300 kWh is expected.

As of September 1, 2022, the price of 1 kWh of electricity in Antalya is announced as 2.06 TL. This shows that the monthly electricity bill of a household in Antalya corresponds to approximately 618 TL.

This price also contains the heating among all energy needs of a household. In other words, if Europeans prefer to live in Antalya, they can provide all of their energy needs by paying only 34 € per month.

As a result, thanks to the low costs of living in Turkey, European people can buy property in Turkey with the savings they can make by cutting back the energy costs in Europe. This winter, instead of struggling with the burdens of economic and geopolitical problems in the world, they can step into a peaceful and holiday-like life by purchasing a house in Antalya.

Antalya and Cyprus are the Mediterranean gems for those who want to pursue a peaceful life, make a profitable real estate investment with affordable prices and find their dream home under the sun.

Antalya Homes ® has sold more than 10,000 properties and brought thousands of English citizens to their dream homes and lifestyle since 2004. The professional team of Antalya Homes ® is ready to guide you through this exciting journey that leads you to your new home.