Apartments for Sale in Ankara | Flats in Ankara

Apartments for Sale in Ankara | Flats in Ankara 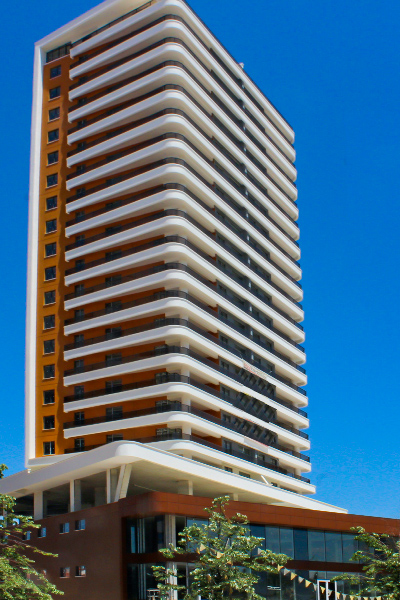 Ankara, formerly known as Angora, is the capital of Turkey. The name is originated from the Celtic word which means “anchor”. The city is the second-largest city after Istanbul with its central location and population of over 5.6 million. Being not only the capital of the Republic of Turkey, Ankara also served as the capital of many old civilizations such as; Hititians, Lydians, Romans, Byzantines, and Ottomans. That is why the city includes many examples of historical places. One of them is the Temple of Augustus and Rome, located in the Altındağ district of Ankara. It was built in 25-20 AD, the original testament is written in Latin and Greek, telling the achievement of Augustus on the walls of the temples. Hacı Bayram Mosque, on the other hand, was built in 1427, next to Augustus Temple, designed with wooden ceilings and Kütahya tiles during the Ottoman Empire period. After the Turkish War of Independence, Ankara was declared as the capital in 1923, by the founder of the Republic of Turkey; Mustafa Kemal Atatürk. His mausoleaum, Anıtkabir is also located Ankara, Çankaya.

The city has long symbolized independence and modernity to the nation’s people as well as being a center of commerce and industry. It is located between the important trade crossroads, highway and railway networks, and marketing centers. There are many factories contributing to agriculture and construction materials. Wine, honey, pears, grain, mohair, and Angora wool can be noted as examples of produced materials. For this reason, buying land for sale in Ankara Turkey is a profitable option for buyers, despite the dry climate, it is possible to produce some notable goods. Giving its name to the Angora rabbits, Angora goat and the Angora cat are the symbols of the city. The International Ankara Esenboğa Airport, residing in the northeast of the city, serves visitors of Ankara from all around the world. Public transportation also offers many options; suburban rail named Ankaray and Ankara subway, as well as high-speed rail service to cities like İstanbul, Eskişehir, and Konya. The city playing an important role in matters of politics is also home to various museums, theatres, an opera house, sports halls, parks, and state buildings. Bakırcılar Çarşısı (Bazaar of Coppersmiths), Tunali Hilmi Avenue and Atakule Tower are the main tourist attractions of the city.

The weather is decent in summers and cold in winters. Compared to Istanbul, real estate prices are rather low for those who want to buy an Ankara property for sale and enjoy living in a metropolitan area. There are many universities, making the city even more crowded with the student population. Students and government officers will need to find a place to stay, that is why investing in residential or commercial real estate in Ankara will be a great investment opportunity. The city offers a variety of real estate, from cheap apartments for sale in Ankara Turkey to luxurious residential complexes. The newly built residential developments including Ankara houses for sale and Ankara villas are the main reasons for the city’s fast growth. Also, you don’t need to worry about the lack of sea in Ankara! Some construction companies add artificial beaches surrounded by well-kept gardens in the projects. Secure complexes also offer common areas such as swimming pools, car parking areas, sports areas, walking paths, and reception service, and playgrounds for your children. The residents can enjoy panoramic city, valley, and forest views from the flats for sale in Ankara.

The city is known as an ideal place to live with its dynamic social life, central position, and high-quality residences. If you want to buy an apartment in Ankara, contact us for a viewing tour. We will be very pleased to give you all the information you need about real estate in Turkey.

VIEW DETAILSCONTACT THE AGENT
NEW
ESB-00453
Well-Located Modern Apartments in Ankara Kecioren
KEÇIÖREN - ANKARA
2+1, 3+11, 2
Apartments for sale in Kecioren Ankara are located in a popular region that is close to various amenities. Modern apartments take attention with their affordable prices and investment opportunities.

VIEW DETAILSCONTACT THE AGENT
NEW
ESB-00423
Contemporary Designed Chic Properties in Ankara Kecioren
KEÇIÖREN - ANKARA
3+1, 4+12
Flats are located in one of the most preferred regions of Ankara that also has all daily amenities, Kecioren Baglum. Luxe flats offer an advantageous investment opportunity with their cheap price.

Buy Any Property in Turkey with Bitcoin

Why not visit the page to find out all the details?

VIEW DETAILSCONTACT THE AGENT
NEW
ESB-00393
Brand New Ankara Apartments for Sale in Kecioren
KEÇIÖREN - ANKARA
2+1, 3+1, 4+11, 2
Apartments for sale in Ankara are located in Kecioren district Baglum neighborhood. Kecioren is one of the most popular districts offering investment opportunities with its rich social amenities.

VIEW DETAILSCONTACT THE AGENT
ESB-00383
Modern Apartments in a Boutique Building Project in Ankara
ÇANKAYA - ANKARA
2+1, 3+1, 4+11, 2
The elegant apartments are located in Ankara Çankaya. Brand new well-located apartments that draw attention with their great investment opportunities are within walking distance of many amenities

If you need more details about the properties above,

You can find detailed photos, videos, and promotional information on social media accounts.

VIEW DETAILSCONTACT THE AGENT
ESB-00373
Modern Flats within a Boutique Complex in Ankara Mamak
MAMAK - ANKARA
3+12
Brand new flats are positioned in a central location in Mamak. The boutique complex containing the flats offers a posh lifestyle with its chic design.