Must-Know Facts for Investors in Turkey

As a transcontinental country, Turkey is surrounded by seas on three sides. It has a perfect location, intersectional of Europe-Asia, bordering the Black Sea; between Bulgaria and Georgia, and bordering the Aegean-Mediterranean Sea; between Greece and Syria. Turkey hosts many international events, interesting visitors, and international investors all year. Turkey continues to attract the attention of the world with its trade, tourism, finance, health, technology, culture and arts activities. 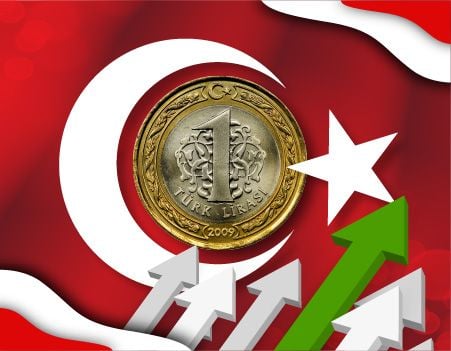 Described as an emerging market economy by the IMF, Turkey has become the world’s 19th largest economy. Turkey’s economy is based on the agricultural, industrial, construction and contracting, and service sectors. Since the early 2000s, new economic and social developments uplift the country’s economy and lead to increase employment and incomes. Reasonable taxes and government grants boost the private sector to stimulate the economy. Turkey has a strong and rapidly growing private sector that plays a major role in its global position.

With 783.562 square kilometers, it has the largest land area in Western (or Eastern) Europe. Its wide and fertile land, favorable climate stimulate the country's economy. Also, its historic background and ancient ruins enable to continuously increase the dynamics of the tourism sector and to make it a unique living space for foreigners. To be informed of the historic background of the country, here’s a summary of UNESCO World Heritage Sites in Turkey.

The Youngest Population Among European Countries

With a population of 83 million, Turkey has the youngest population among European countries. It has a dynamic population due to the fact that 55% of the population is under the age of 35. That means the country is extremely amenable to any advancement thanks to its youthful population. 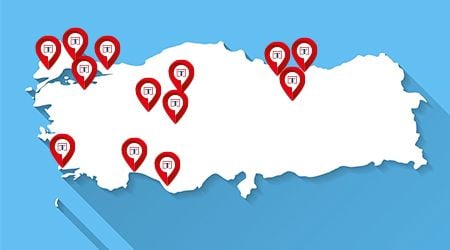 Turkey has become a global business center preferred by investors, with a high foreign capital that consists of 27% of the total assets of the country in the financial sector.

EY Europe Attractiveness Survey 2018 showed that Turkey has become the 7th most popular country in Europe, regarding foreign direct investment(FDI). According to the statistics, the volume of international capital investments in the country has been expanded; increased from 5,600 in 2012 to 65,533 at the end of 2018.

A total of 7.7 million homes were sold in Turkey between 2013-2018. A number of 1,35 million properties were sold in 2019. Compared to the previous year, foreign home buyers purchased 45,483 properties in Turkey that year, which shows an increase of around 14.7%. Furthermore, international real estate buyers are continuing to propel Turkey’s high-end real estate market lately, even during pandemic situations. There are some surveys that show foreign investors want to hold their properties in Turkey after purchasing. These surveys also prove that the investment is very reliable and foreigners trust the Turkish economy.

Istanbul is on the top of international sales with 20,857 properties; Antalya has 8,951 property sales, follows Istanbul on foreign real estate sales statistics reports as a second city. But some cities in Turkey such as Ankara, İzmir, Bursa, Kocaeli, and Mersin offer higher investment opportunities compared to Istanbul. With new urban transformation projects in touch with natural surroundings that wait to discover, the potentials of these cities should be evaluated too. In Turkey, there are 23 cities with a population of more than one million.

Turkey is well organized in the strong real estate market to foreigners. The competitive interest of different countries from all over the world shows the effectiveness and vitality of the industry. According to 2019 foreign real estate sales, 20 countries have the main role in the sector with the highest number of purchases: Iraq, Iran, Russia, Afghanistan, England, Libya, Sweden, Kuwait, Germany, Jordan, Azerbaijan, Palestine, Qatar, Ukraine, USA, Saudi Arabia, and Lebanon.

With the increase in the number of airline companies, Turkey’s air transportation sector has gained speed. There has been a significant rise in aircraft numbers and seat capacity. So these rapid developments have been required new routes to better connect to the whole world with each passing day. Now, there are many direct flights from different cities to over 250 cities around the world. It is possible to find a direct flight abroad from more than 15 metropolitan cities.

With its economic development that strengthens the real estate market day by day, excellent strategic location, and many more reasons, Turkey offers great opportunities for those who are looking for investing and living. To take the guidance of a global leading real estate company that is able to navigate the local landscape has become an increasingly attractive and secure way today. We guide our customers at all stages of buying real estate in Turkey with our comprehensive services. If you have any questions about Turkey real estate market, get in touch with us soon!