Every year, the Antalya Golden Orange Film Festival is held in Antalya. It is the longest-running film festival in Turkey. It will offer presentations of new movies, give out awards, and offer a wide variety of activities to the participants. 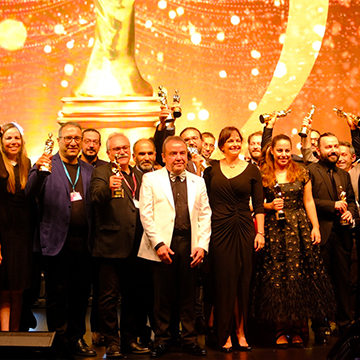 The festival is held since 1964. It has high prestige in Turkey, especially among cinema lovers. The film festival meets cult and new movies, the best actors and actresses, and many events with the participants.

The festival is supported by the ministry of culture and hosted by Antalya Metropolitan Municipality. The main goal of the Antalya Film Festival is to meet the film industry with Turkish cinema lovers. In addition to the film screening, awards in the categories such as the national feature film competition will find their owners.

After the cortege, the opening ceremony of the Golden Orange Film Festival will start at 20.30. After the ceremony, the famous actors will get honorary awards. It will be followed by the announcement of the award-winning movies and there will be a concert.

On the following days of the Golden Orange Film festival in Antalya, various movies will be presented to Turkish film lovers.

You may use this link to see the full schedule of the International Antalya Film Festival.